Category Archives: The Lodge at Breckenridge

I’m not kidding when I say Ashley, Mike and Chunk.  Chunk, I’m hoping you have guessed by now, is Ashley and Mike’s pupper, and he was a big part of their day.  Planning with Ashley and Mike was one of the highlights of my summer!  These two are so much fun!  Being huge music fans they not only flew in DJ Dominic Wayne from Chicago but also had music lyrics on every table.  As a Colorado wedding planner I have learned that weddings at the end of September can be eventful to say the least.  Mike and Ashley had initially planned to have their ceremony on the deck of The Lodge at Breckenridge to treat their guests to the stunning views.  The big day arrives and wow–snow!  Undaunted, Mike and Ashley said their vows in the snow, making for fabulous photos captured perfectly by Lindsey Boluyt of Lindsey Boluyt Photography.  The ceremony deck was a winter wonderland and thanks to Ashley’s vision, Ladybird Poppy and Elite Entertainment’s execution, the reception was a bohemian paradise.  Thank you Ashley and Mike for being beautiful inside and out! 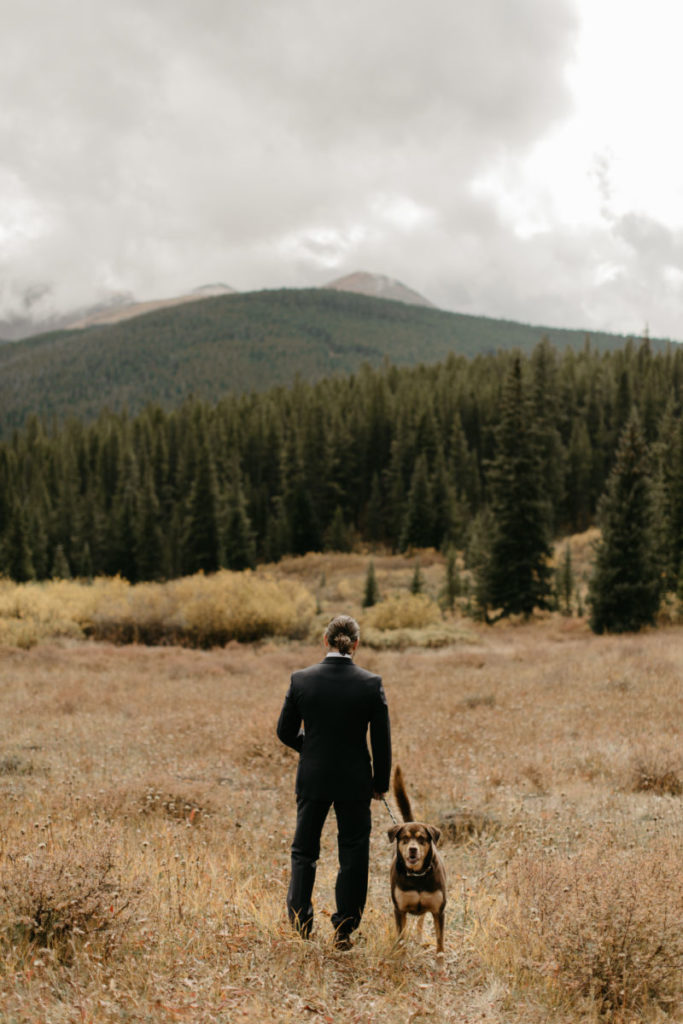 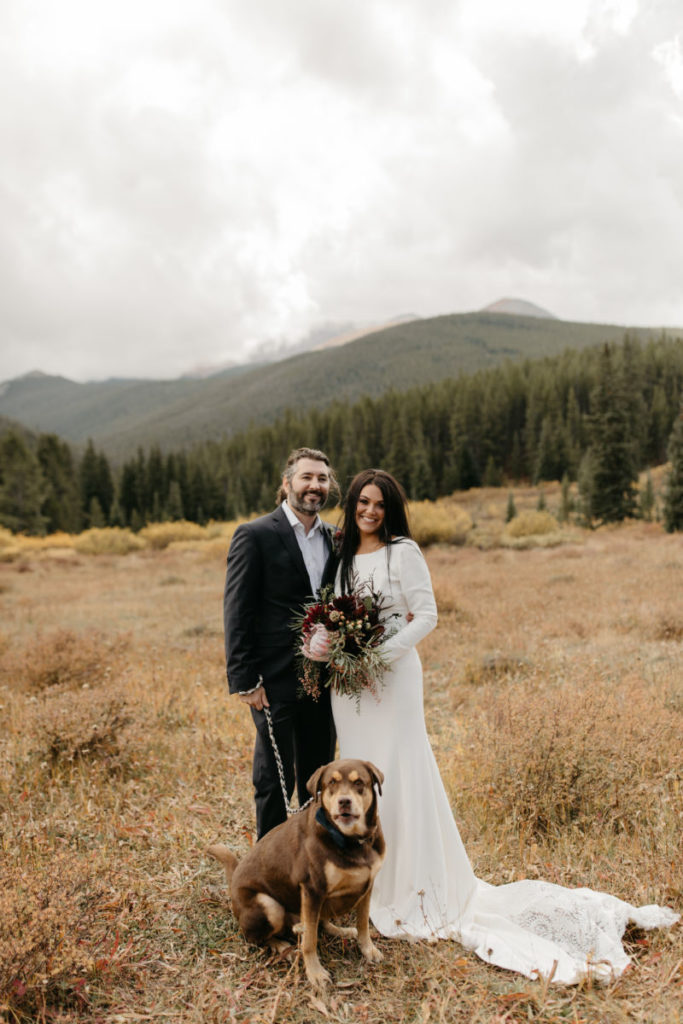 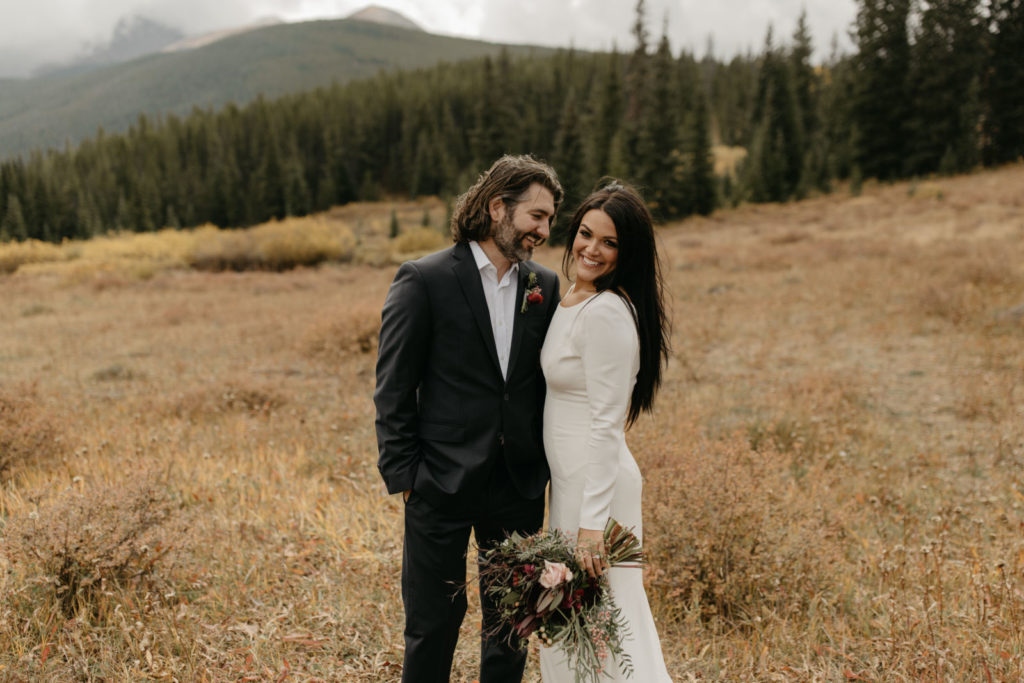 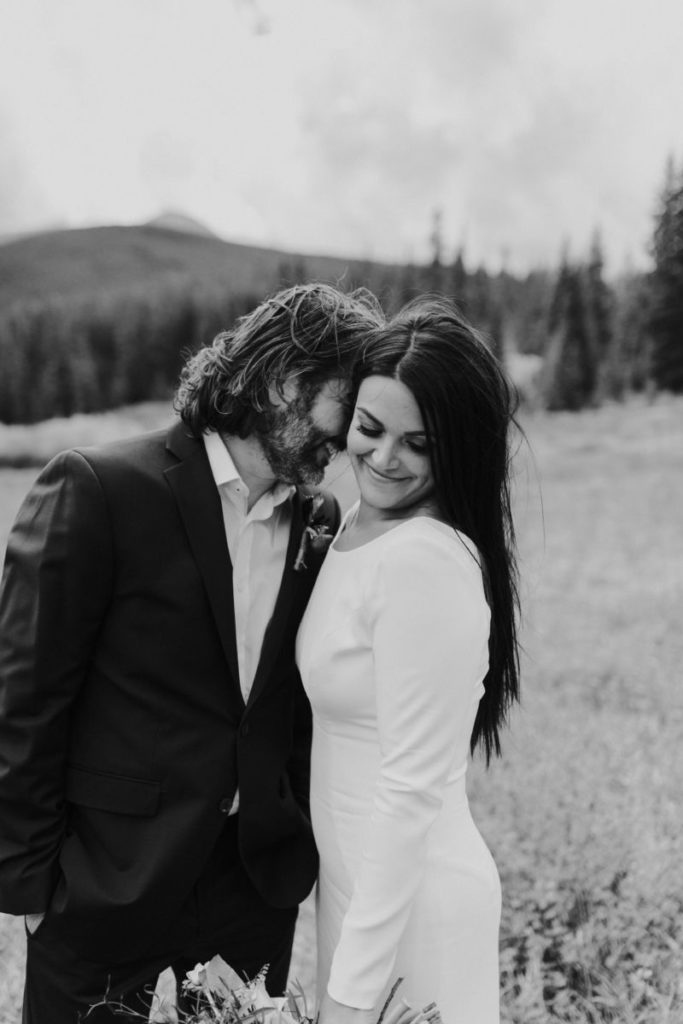 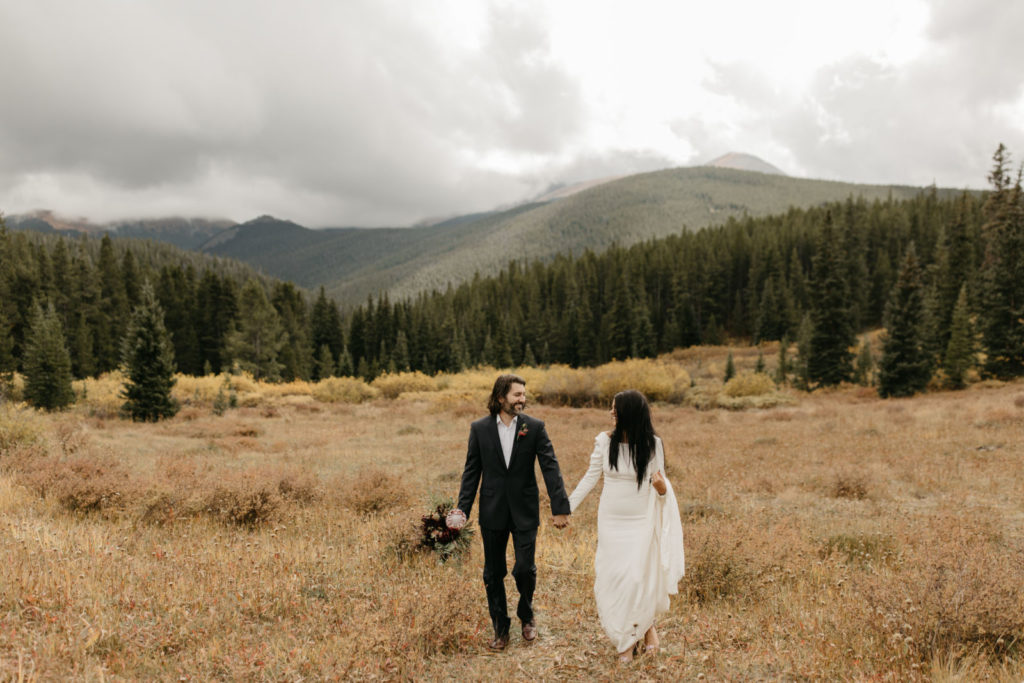 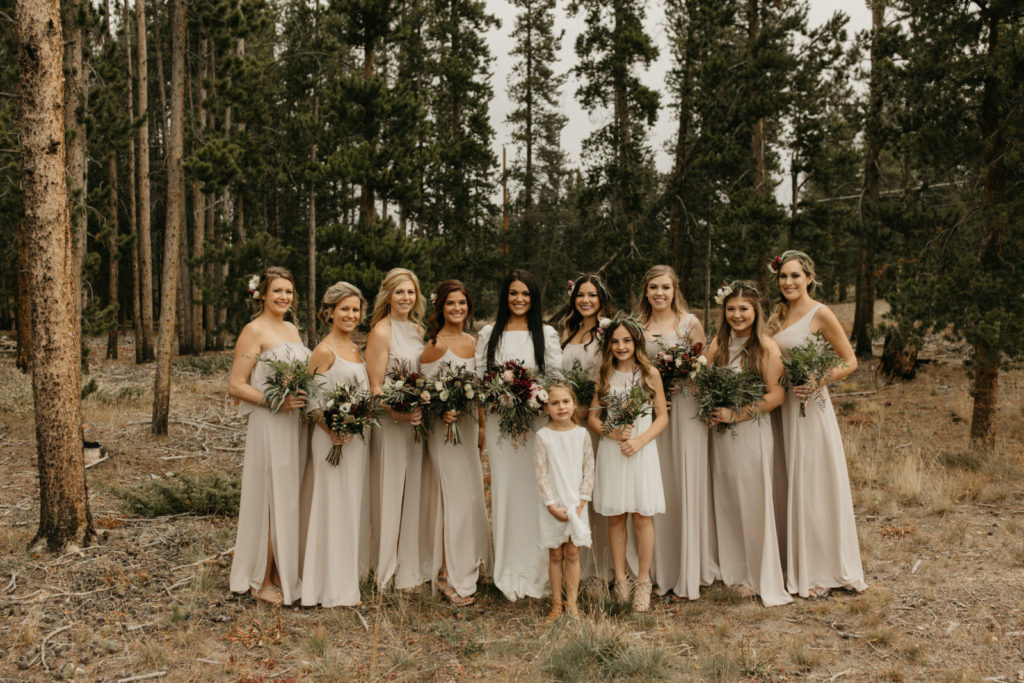 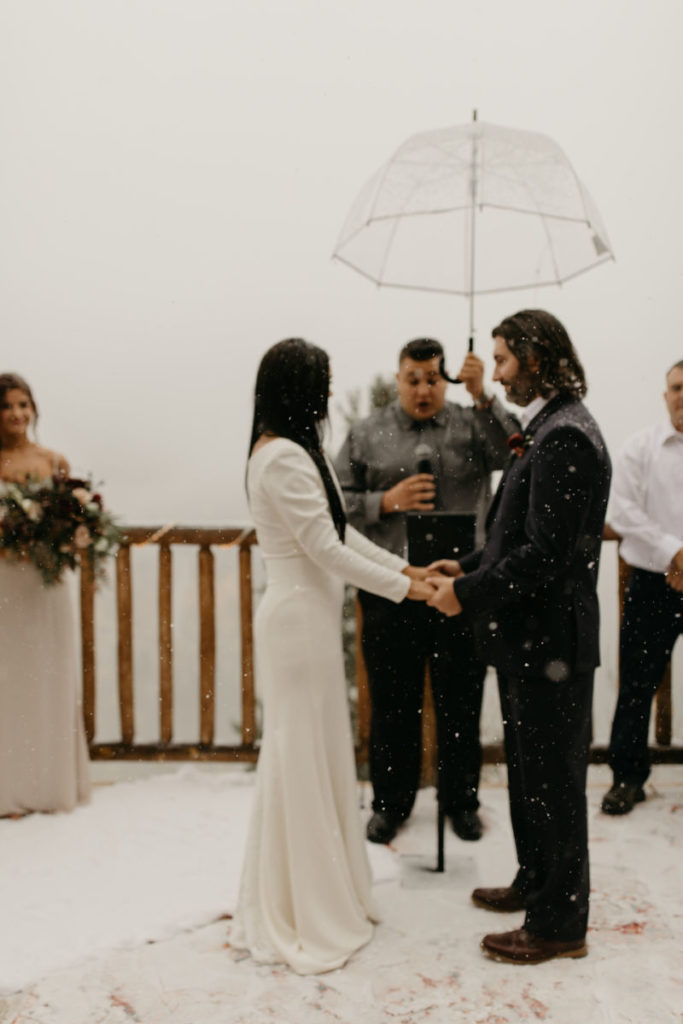 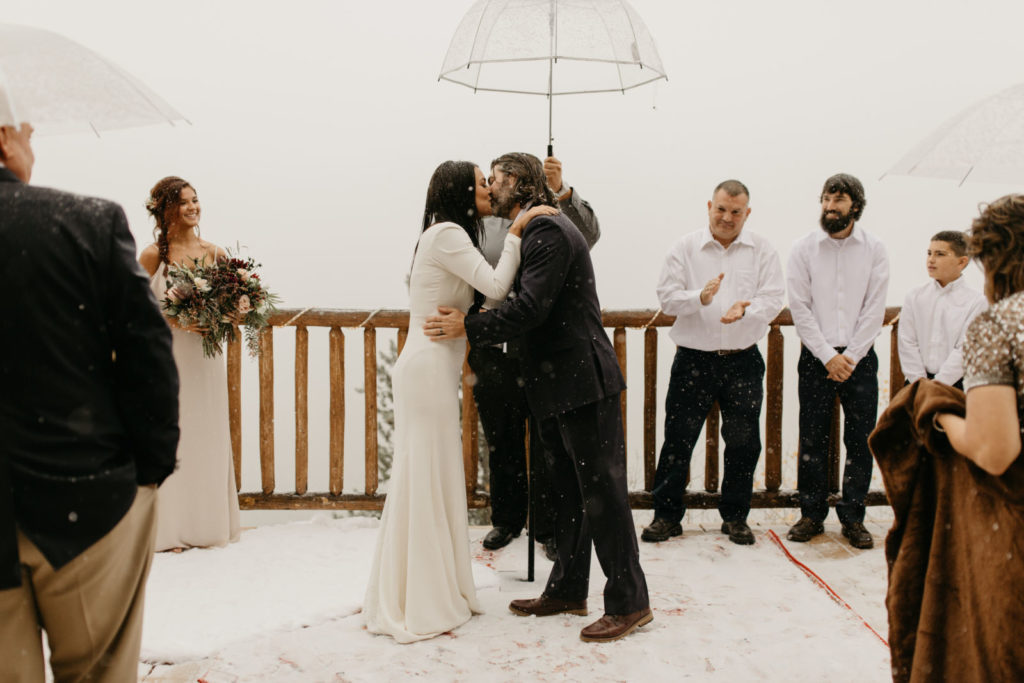 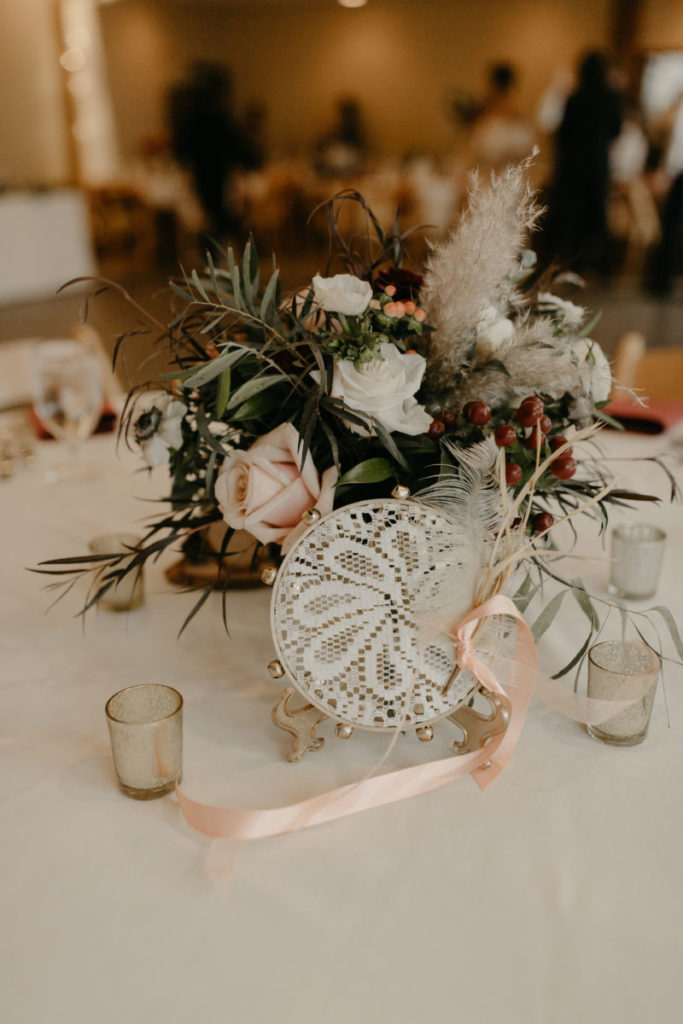 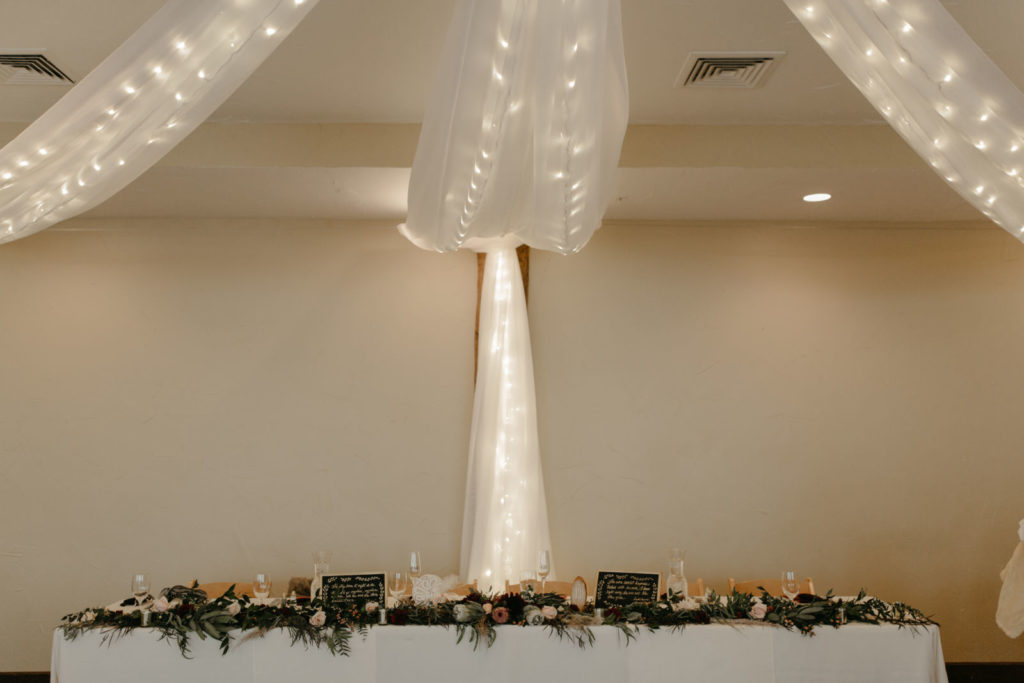 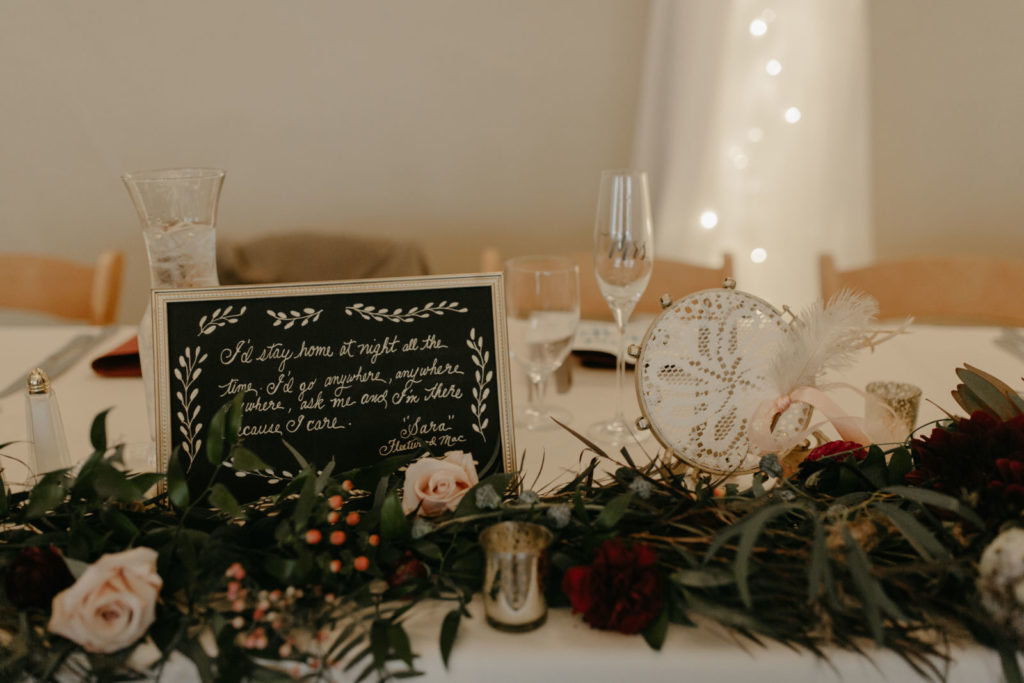 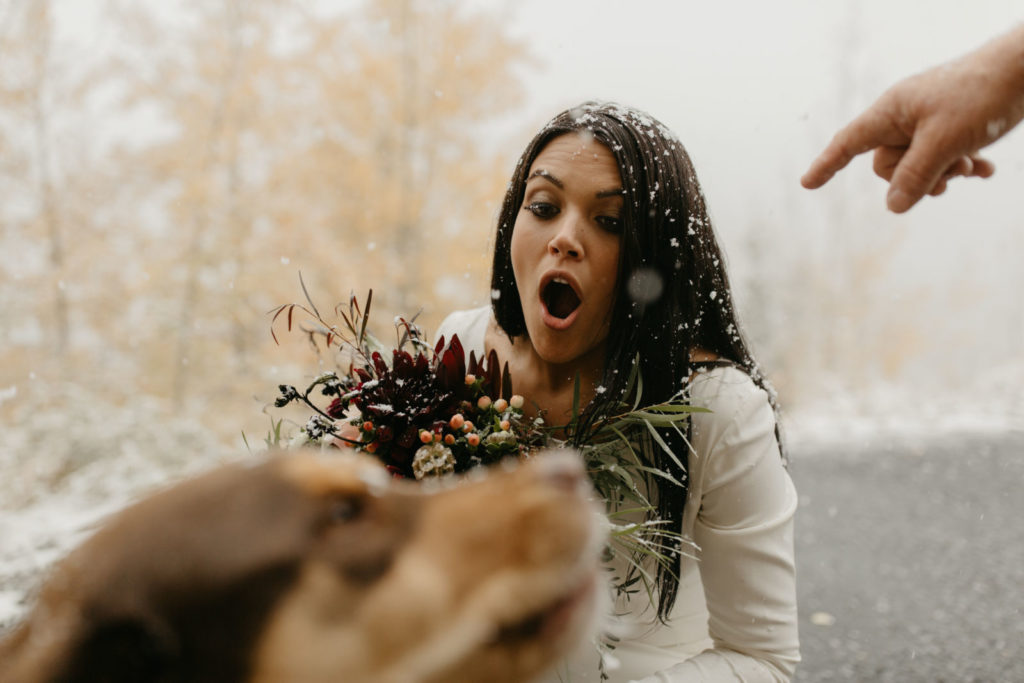 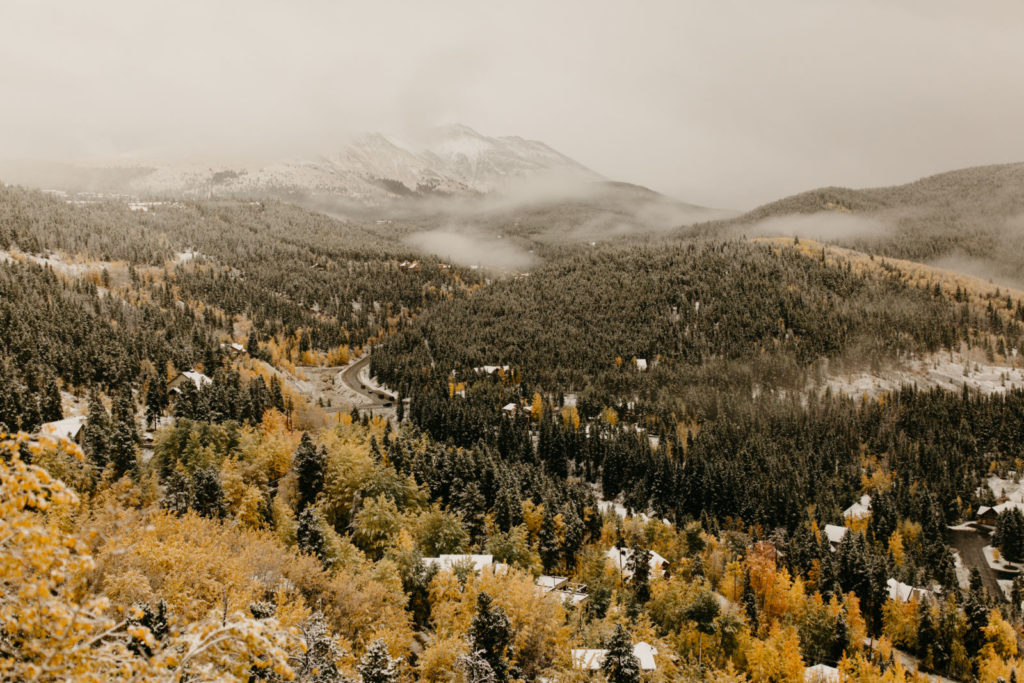 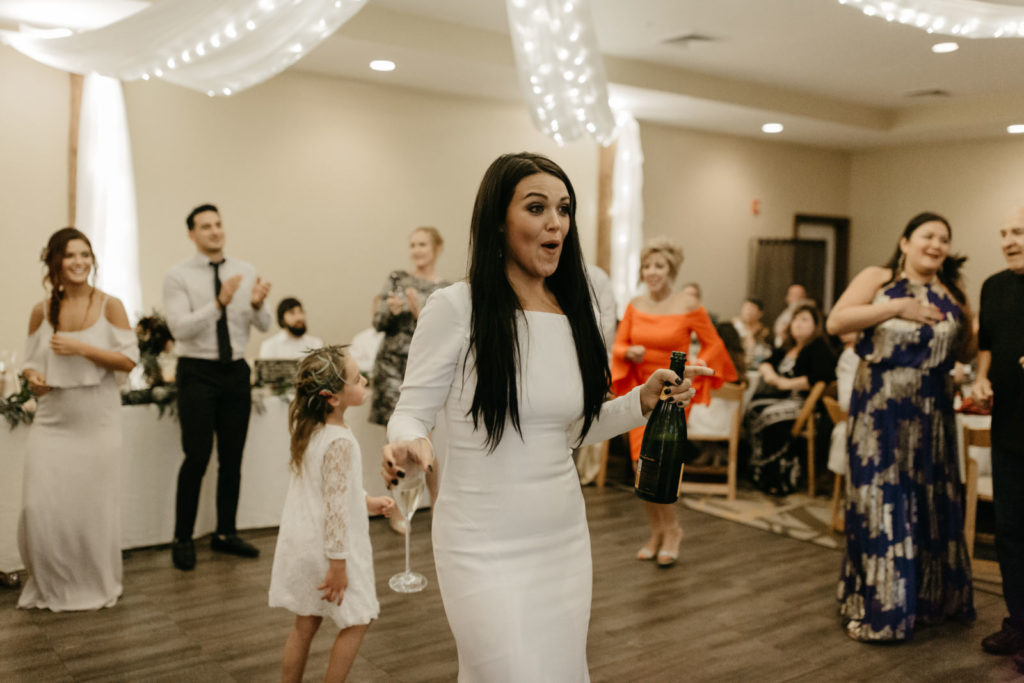 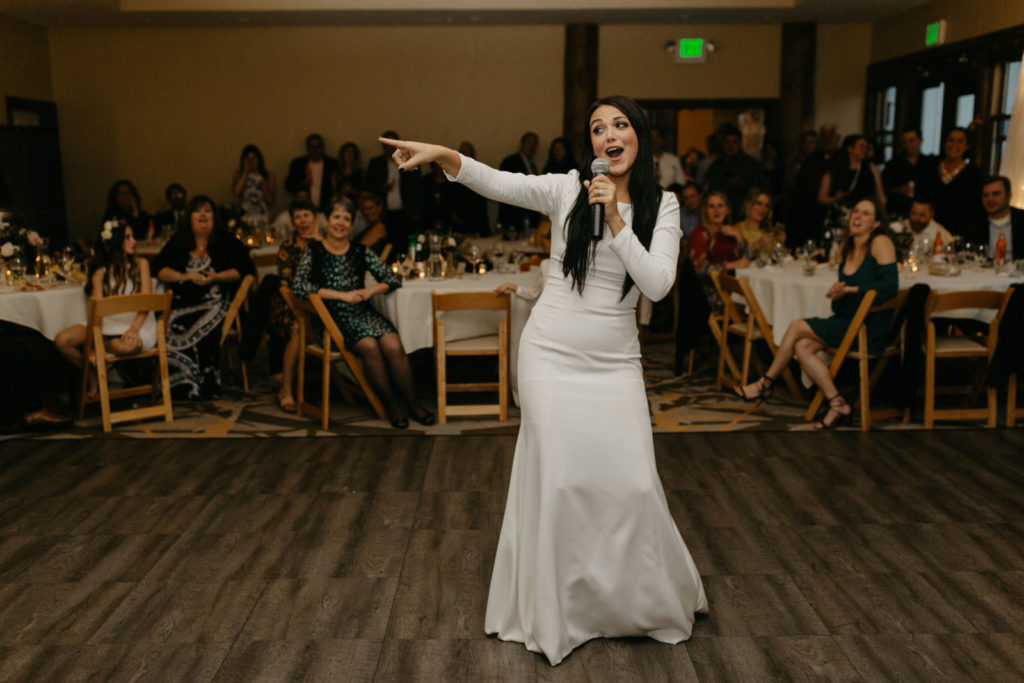