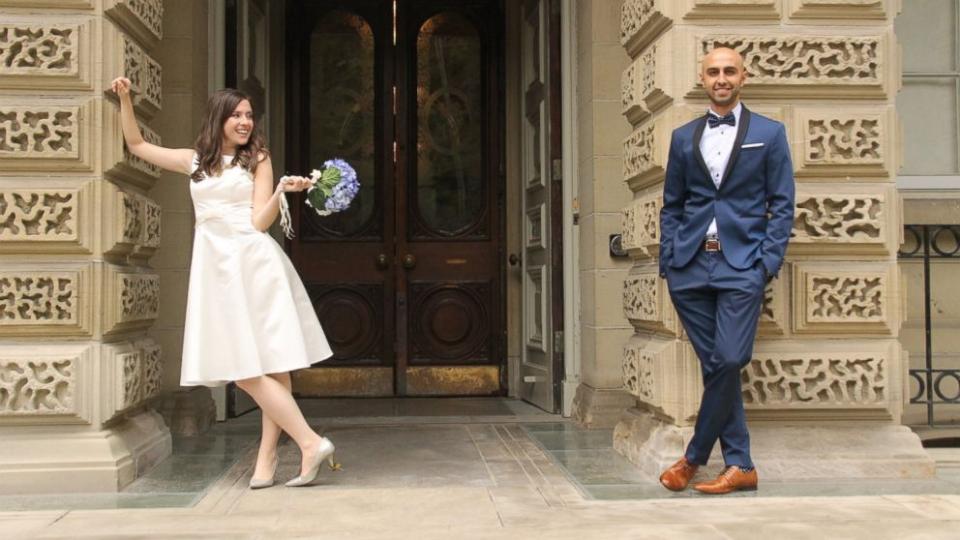 A Toronto couple recently canceled their big wedding to use the money instead to help sponsor a Syrian refugee family’s settlement into Canada.

Samantha Jackson and Farzin Yousefian had planned a traditional wedding for March — complete with a gorgeous venue, a caterer and other vendors – costing tens of thousands of dollars, Jackson told ABC News today.

But the two decided to toss their plans after realizing the money could be used for a cause close to their hearts and greater than themselves, said Jackson, a doctorate student studying public policy.

“We were in the midst of wedding planning in September when that devastating photo of 3-year-old Aylan Kurdi found on a beach came out,” Jackson said. “Like so many other people, we became acutely aware of how bad the situation was getting and how important it was to act and do something positive, so we canceled the wedding and redirected the funds.”

Posted in Just Because, Things we love | Tagged Amazing Wedding Story, Breckenridge Colorado Wedding, Breckenridge Wedding Planner, Do Good, Give Back to Others